Were You There When They Crucified Botham Jean?

"Were You There When They Crucified Botham Jean?"
by Latorial Faison 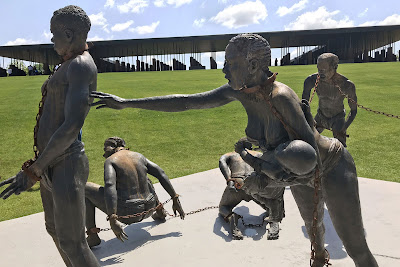 When life hands you lemons, you can make lemonade, but I dare you to make change. Black people in America have been making lemonade with their eyes closed, and though America may never admit it, it has been the sweetest anybody here has ever known. In the words of my late grandmother, Black folk can make sugar from shit. Strength, courage, and wisdom, that's who we are, what we have inside of us, and what we know in our hearts we can become. The verdict in the murder case of Botham Shem Jean, an innocent young Black man killed in his own home by Amber Guyger, a White Dallas cop, has left members of the Black community hanging in the balance somewhere between a hallelujah and a to hell with it all. Many don't believe ten years for killing an innocent Black man is enough, that it screams Black lives don't matter. Others are disappointed that Black victims, once again, publicly forgive and cater to those who have taken Black life. We have become great at making those who betray and slay us the victims. We saw this in the case of the mass murders at Mother Emmanuel in Charleston, South Carolina, and we saw it in this case. It is picturesque of slavery and antebellum times. This white America and this Eurocentric world has really done a number on Black folk. We don't even know how to own our own feelings without cowering, catering to, and considering the very evil that has slain us. Black people in the church believe they have to love their enemies as they love themselves, and that is where both the trickery and the tragedy lie.


"To suggest that Black people are unforgiving because we seek justice for crimes against our humanity is outrageous."

The real outrage is the sentencing of Guyger to only ten years for taking this man's life in his twenties. If the tables were turned, a Black murderer on trial for killing an innocent White man would have received a more serious sentence (because we have received harsher penalties for lesser crimes). All of this forgiveness which Black people seem so heroically capable of even when they are the victims . . . well, it certainly says a lot about our history as former slaves in a White America. After families were separated, children sold off, men and boys whipped and lynched, we still found ways to be pleasant to those who enslaved us. What else were we to do really? Nothing has changed. Many would argue, just as top scholars have, that Black people have been victimized and brainwashed by a White slave owning system into believing not only in the theology of a White Jesus but also that turning the other cheek and forgiveness is soul saving. I won't go there because if you live long enough in America, you will make some discoveries of your own. But what I will say is this. We go high and stay low. We are the only people I know who use Jesus to show mercy in a court of law. The very ones who taught us the gospel don't even do that. It's easy to go high when you're already high, when you're standing on the mountaintop looking down, when you can see everybody's position. When you're on the bottom, you're at a disadvantage, and there's a fight that must take place in order to, as Mahalia Jackson sang, move on up a little higher. 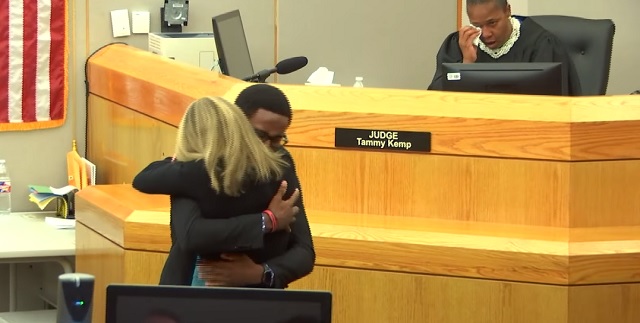 To suggest that Black people are unforgiving because we seek justice for crimes against our humanity is outrageous. Had Botham Shem Jean been a Black cop who entered a white Amber Guyger's apartment, shot and killed her, neglect to use protocol, neglect to give first aid, neglect to call 911 first, we all know that the verdict would be different. A Black man gets twenty years to life for less than murder. So why does Guyger escape with ten years for killing an innocent Black man? Why? Because forgiving Black people willed it so? Because Botham Jean's family and even the job felt sorry for Ambery Guyger? No. What happened here is just another by-product of systemic racism and white supremacist attitudes in America. Guyger's background and history support her actions in Botham Jean's apartment. Whatsoever a man or woman thinks in their heart, that is who they are. That's BIBLE or biblical, just as forgiveness, faith, hope, and love are biblical. 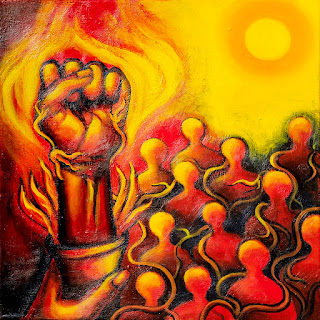 I am so glad that our ancestors did not have a cover all attitude about the injustices they experienced. The history of Africans in America is tragic. The present of Black people in America is equally tragic. If we continue to accept the status quo, the infinitesimal rates mass incarceration of Where would we be? People in this life have choices. Some of us are called to only take care of self. Others are called to take care of the masses. Whatsoever a man or woman chooses is his or her business. But he who stands for nothing will likely fall for anything.

In the Bible, everybody's personal business became an issue for the masses. It's part of bearing witness. Every life has value; we don't come here in vain. There's more to the Bible that Christians read than messages of faith, hope, and love. There are stories of challenge, battle, and war. Otherwise, why would we still be reading stories about the persecution of Jews and Esther's role in it all, David and Goliath, Sampson and Delilah, Joshua and the battle of Jericho, Judas selling Christ out, Jesus Christ crucified, and so on. These are stories of faith and hope, but they are also Biblical scenarios of endurance and fight. The 12 disciples knew that death, grave, and the resurrection were the imminent fate of Jesus Christ, but they stood up for righteousness anyway.

"We are the only people I know who use Jesus to show mercy in a court of law. The very ones who taught us the gospel don't even do that." 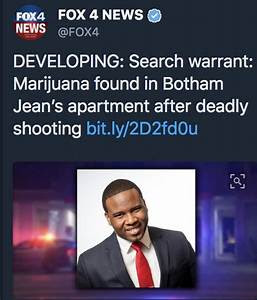 We should not let the words that we profess be confused by any man and definitely not by us. We have a right to scream injustice when our fellow men are voiceless and slaughtered. We don't expect the grieving to do anything but grieve. It is their necessary right. But we do expect people in positions of authority to do justice in the positions they have been given. Were you there when they crucified Botham Jean's character? When they searched his apartment looking for reasons why a White cop might have a reason to enter an innocent Black man's home and murder him? Because surely, she had a reason. Were you there? If the system had its way, she would have gotten completely off because marijuana was found in his home and because his ice cream was a weapon. If you can stand, stand. If you can speak, speak. If you can write, write. We do not have the freedoms we have as Black people because somebody decided to sit down in the struggle. America has given us nothing except what it owes us. We have this freedom that we have because people fought for them, lost their lives for them. Lest we forget. 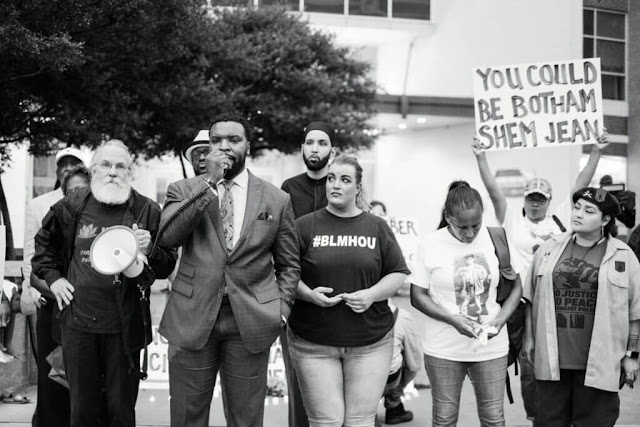 To paraphrase Frederick Douglass, you can pray for freedom and justice for years, but the answer won't come until you pray with action. Let us not get so spiritual that we forsake the good work that we have been sent to do in "the natural." If you really believe that it's all about Him, we are going to need everybody to do more than pray. We need individuals to stand up, speak up, show up, live up, and put up. We cannot stand idly by while our killers are given lesser time for murder than people of color get for selling marijuana and abusing or killing animals. Sojourner Truth asked the question, Ain't I a woman? Today, we ask Ain't we human? 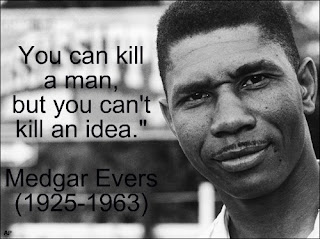 This system has killed millions of Negroes, and it will kill a million more...if we let it. While many of us are here to make lemonade. A great many of us are here to make change,. Medgar Evers lost his life at the hands of white supremacists, racists who disregarded Black life. They killed Emmet Till, four little girls in Sunday School, and countless other Black men, women without being held accountable. The struggle of the Civil Rights Era is still the struggle of today. 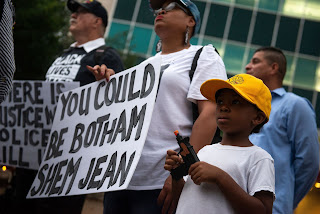 People with racist views and implicit biases are still among us and disregarding Black life and people of color. When life hands your lemons, make change. You might even make history. But whatever you do, don't you dare make less of the very work that got you here and the people who did it. We are because of the important work somebody else did. They did not sit idly by and let the world have it's way with them. They stood up against injustice. They spoke out against inequality. They lost their lives to do so, and they changed our world for the betterment that we now enjoy. We are expected to do the same because we owe. We owe it to those who paved the way. We owe it to our children's children and every generation to come. It was Botham Jean's house this time. Whose house will it be next time? I hope my freedom and justice never rest in the hands of docile, fragile, traumatized, or Americanized people. Go find me a Harriet Tubman, a Nat Turner, a Sofia from The Color Purple. 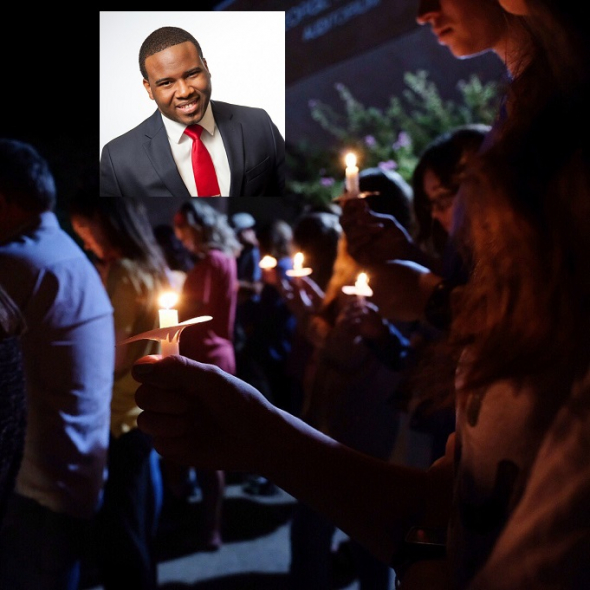 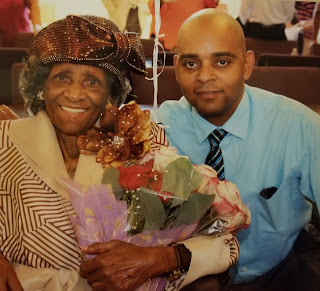 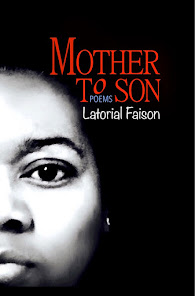 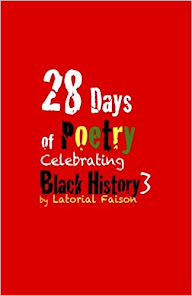